How Pain Affects The Brain

When someone suffers from pain, particularly chronic pain, it can affect various aspects of one’s life. Pain impacts the emotional, physical, and mental capacities in ways that affect behavior and the ability to perform cognitive functions like thinking and memorizing.

The constant suffering from pain triggers other pain-related symptoms. It can influence thoughts, feelings, sleep patterns, and concentration.

Researchers have discovered that in a healthy brain all the regions exist in a state of equilibrium. For example, when one region is active, the others quiet down. However, in people with chronic pain, a front region of the cortex mostly associated with emotion “never shuts up,” said Dante Chialvo, lead author of a Northwestern University’s Feinberg School of Medicine study researching the effects of pain on the brain. Chialvo is also an associate research professor of physiology at the Feinberg School. Chialvo added, “The areas that are affected fail to deactivate when they should.”

In essence, the affected areas of the brain are on full throttle, wearing out neurons and altering their connections to each other.

How the Brain Processes Pain

People who experience persistent pain know how debilitating it can be. Research covering the different ways the brain processes pain indicate that the brain reacts differently to short-term pain than it does to long-lasting pain. When the body experiences chronic or long-lasting pain, it can change the central nervous system, and influence sensory, emotional, and modular circuits that would otherwise inhibit pain.

In fact, chronic pain is now considered a neurological disease of its own — accompanied with symptoms of anxiety and depression. This is due to the cognitive and emotional states of the Central Nervous System. The longer pain exists, the greater it becomes, and the more a person will be prone to feelings of fear, anxiety, and depression.

How the Brain Functions Under Pain

Chialvo and his colleagues at the Feinberg School used functional magnetic resonance imaging (fMRI) to scan the brains of people with chronic low back pain and a group of pain-free volunteers. Both groups were tracking a moving bar on a computer screen. The study showed the pain sufferers performed the task well but “at the expense of using their brain differently than the pain-free groups,” Chialvo said.

When certain areas of the cortex were activated in the pain-free group, some others were deactivated, maintaining a cooperative equilibrium between the regions. This equilibrium is known as the resting state network of the brain. In contrast, with the chronic pain group, one of the nodes — a point where pathways intersect— of this network did not quiet down as it did for the pain-free people.

There are long-term implications to chronic, long-lasting pain on the brain. The constant firing of neurons in these regions of the brain could cause permanent damage, Chialvo said.

“We know that when neurons fire too much they may change their connections with other neurons and even die because they cannot sustain high activity for so long,”
Chialvo explained.

Chialvo suggested that the subsequent changes in wiring “may make it harder for you to make a decision or be in a good mood to get up in the morning. It could be that pain produces depression and the other reported abnormalities because it disturbs the balance of the brain as a whole.”

Pain interferes with the memory trace needed to hold information for processing, and long-term storage. This not only impacts a person’s ability to remember, but also hinders your ability to concentrate and focus on the moment.

Brain Testing of Back Pain Patients

Chronic back pain doesn’t just hurt, it also appears to cause thinning of certain regions of the brain, which may lead to cognitive impairments, according to a neurological study published in The Journal of Neuroscience.

Researchers examining the link between pain and such thinning had hoped that successfully treating back pain would halt that process. Instead, it reversed it! Six months after surgery or spinal injections, a brain region associated with pain — the dorsolateral prefrontal cortex — had thickened.

“We thought it would be able to slow down the thinning, but to actually recover was pretty amazing,” said study researcher Laura S. Stone, PhD, a neuroscientist at McGill University in Montreal.

Stone and colleagues recruited 18 patients who were seeking treatment for chronic lower back pain, which they had for at least one year. Prior to treatment, each patient had an MRI to measure cortical brain thickness and to evaluate brain activity during a simple cognitive test.

Fourteen of the 18 patients underwent similar testing half a year later. Their test outcomes were compared to scans of 16 people without back pain.

“The extent of the thickening was surprising to us,” said study co-researcher David A. Seminowicz, PhD, of the University of Maryland School of Dentistry. “Every patient who had less pain or decreased disability after treatment showed a thickening in that area.”

That area is the dorsolateral prefrontal cortex, which plays an important role in how we perceive pain. While it was the only brain region that showed significant thickening after treatment, several other regions appeared to improve, as well.

Treating Back Pain with Chiropractic Care

Chiropractors can manipulate the body’s alignment to relieve pain and improve function and to help the body heal itself. The most positive research on chiropractic therapy has focused on spinal manipulation for low back pain.

If you are tired of living with pain, consider visiting your local chiropractor at NewEdge Wellness Center located in Kennewick. Call (509) 737-9355 or schedule your appointment by going to schedule online. 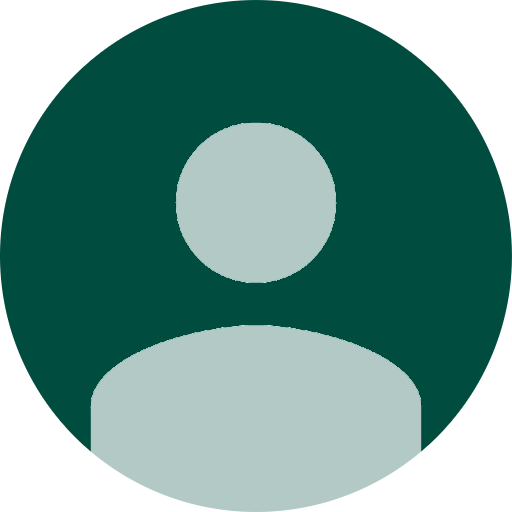 eduardo arroyos
on
5 out of 5 stars
*
Very satisfied with the care I’m receiving, staff are very friendly and always with a smile on. Highly recommend for anyone looking for chiropractic care.
7403 W Arrowhead AveKennewickWA99301US
https://app.reviewwave.com/files/1278/KFLisjLNGSoCzUdqQDLmOcJhuRUCdX3F.pngNewEdge Wellness Center5097379355 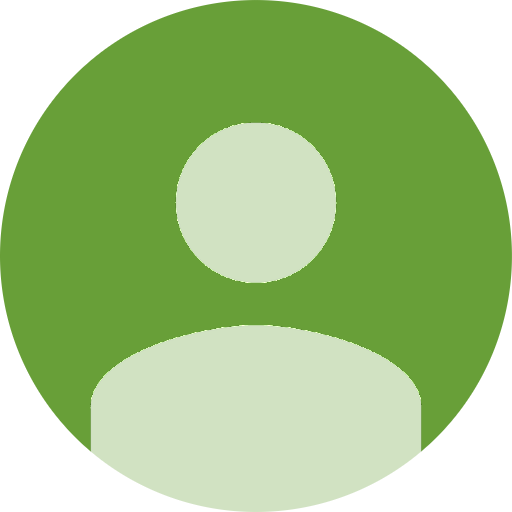 Ronda Carreras
on
4 out of 5 stars
*
“I have had the best chiropractic experience with Dr. Chris, and I have been to a few in my lifetime. The improvement I have had over the course of just a couple of months is amazing. Dr. Chris is not only knowledgeable, but gives you the tools to continue ...” View Allyour improvement. If you're not willing to put in as much work, as he does, to improve your health you will not reap the true rewards. I also love the staff, who great me by name whenever I walk through the door. Puts a smile on my face, and makes me feel welcome. Thank you all and keep up the good work!”
7403 W Arrowhead AveKennewickWA99301US
https://app.reviewwave.com/files/1278/KFLisjLNGSoCzUdqQDLmOcJhuRUCdX3F.pngNewEdge Wellness Center5097379355 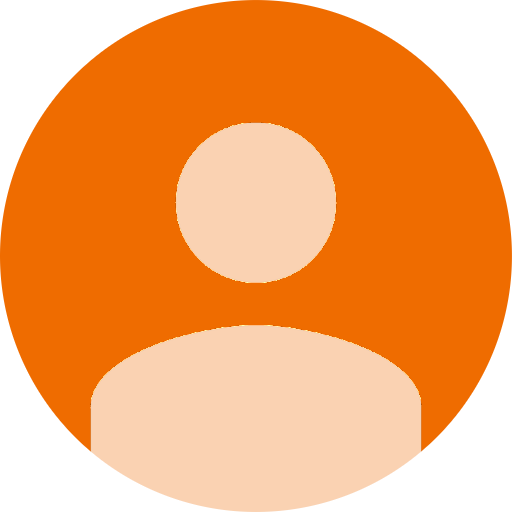 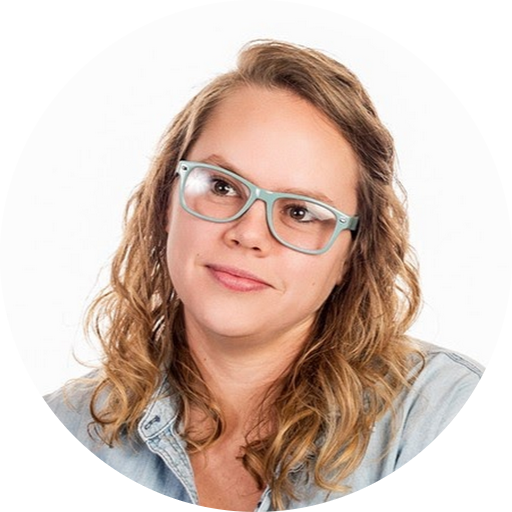 Alyson Wallace
on
5 out of 5 stars
*
“My experience at New Edge has been so great. Dr. Chris and his staff are friendly and always so happy! I used to get back spasms where I’d be down for days at a time. I haven’t had one since coming! I also have had way less overall pain and tightness. ...” View AllIf I do tweak my back doing yard work, playing with my kids etc, things go back to normal quickly instead of keeping me down and in pain.”
7403 W Arrowhead AveKennewickWA99301US
https://app.reviewwave.com/files/1278/KFLisjLNGSoCzUdqQDLmOcJhuRUCdX3F.pngNewEdge Wellness Center5097379355 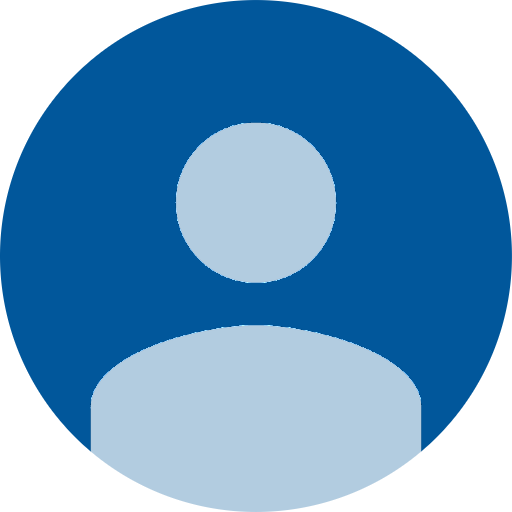 nick c
on
5 out of 5 stars
*
“Dr. Chris and his staff are beyond professional. Their attention to every detail has made my treatment plan very easy and stress free. After 15+ years of back and hip pain and multiple other treatment plans, I am finally see results. I would recommend the...” View Allir services to everyone. Thank you Dr. Chris and your staff!”

- NewEdge Wellness Center
— ,
X
We use cookies to ensure that we give you the best experience on our website. If you continue to use this site we will assume that you are happy with it.OkNo